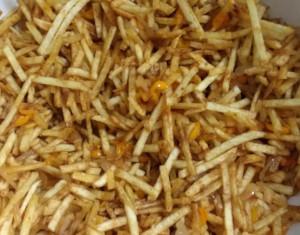 I've been meaning to write a new article for ages now, but it just didn't happen. Often, I was busy, lazy or just didn't know what to write about. An article has to be a meaningful so that even people who don't know me like to read it. This article is going to somewhat of a 'potpourri', a blend of different issues that have kept me busy lately. Of course, I'm also going to talk about finance for a bit, because that's basically the whole reason I started this blog. I hope you like it. Leave a comment if you feel like it.

Health
Last winter (that's almost a year ago) I was not well at all. Apart from work I wasn't really doing much. Even going out for grocery shopping was a huge task. I simply had no energy. Like every year I would blame the weather. Winter in The Netherlands is usually cold, dark and gloomy and has a great impact on my mood and wellbeing. Some people would say I shouldn't complain about it saying that "It's only a state off mind, so go out and do something. It will make you feel better". It never really worked for me. This winter I had enough of always feeling tired and gloomy, so I went to see my doctor. I hate going to the doctor with vague complaints and that's why I didn't go and see him sooner. I described my complaints and symptoms and asked him for a blood exam. He agreed, so I had to have my blood drawn at the hospital and wait one week for the result. They checked my blood on 6 common 'issues'. All but one were perfectly OK. The only thing that wasn't good was my vitamin D count. It should normally be in between 50 and 150 where higher means better. People who live in warm sunny countries usually have a count of around 120. Mine was 25 which meant I had a 'serious' (but not dangerous) deficit of vitamin D in my system. This was to be expected since roughly 66% of all Dutch nationals have a vitamin D deficit caused by poor weather conditions. When it's dark and cold outside people want to stay inside and the only true way to get vitamin D is by exposing your skin to direct sunlight. So, in the winter we need to take supplements to keep our vitamin D levels acceptable. I didn't take any supplements at all.

The doctor gave me a prescription for a vitamin D cure for about 5 to 6 months. It basically consisted of high dosages of liquid vitamin D which I had to take once a week. After 5 weeks I finally started to feel better. Also, the weather got nicer. That helped. The cure is finished and now I'm taking vitamin D supplements as recommend by my doctor to keep my levels high, because it makes me feel so much better. I have more energy now. I started working out a lot and I often feel like doing 'something' rather than taking a nap on the couch.

Work
Work is still good. I'm expected to show up at the office once a week and the rest of the week I work from home. I love it. My contract is due to end in December 2022, but will most likely be extended until May 2023. By then I've been working for the Dutch National Police for exactly 5 years as 'externally hired personnel' which means I have to leave. I'm allowed to re-apply for the function, but I'm not yet sure if I want to do that. I kind of feel like I want to do something else now. At the moment I no longer need to work for the money, but I want to do something fun to keep me busy and make a little money on the side.

Social wellbeing
The last year or so I've been reconnecting with some old friends and colleagues. It's fun to meet up with good people and spend time together. Interacting more with fun people and building a larger social network also makes me feel a lot better. One of the reasons to become financially independent is also to get more socially active instead of focussing on a career and dealing with work-relations all the time. It also makes me a bit more confident that I could build a social network in another country should I wish leave for an extended period.

Finance
As mentiod earlier I want to talk about finance for a bit, but I'm not sure if I have anything useful to say. After the markets crashed in February 2020 due to the pandemic I was excited, because I knew this was a great opportunity. Market crashes are to be expected (roughly every 10 years or so) and because I was still working and making money it meant I could buy more stocks for a much lower price. After the inital crash markets went up again and when it was announced that Pfizer had developed a vaccine against covid and Trump had lost the elections markets went up even faster. In February 2022 Russia invaded the Ukraine and the markets reacted like a rodeo bull ever since. Markets went up-down-up-down-up-down etc.. There is no way you can predict or 'time' the market, but I was somewhat used to the idea that I could explaing market movements on worldy events in hindsight. Now, I really don't know what's going on, but I don't worry at all. I stopped announcing how much money I have, but it's enough for me stop working. I can live frugaly in The Netherlands or move to a nicer and cheaper country (you know I've been talking about Thailand a lot lately) and live a very comfortable live without ever having to worry about money. If you wonder how I did it you can read more about this in my blog article.
In short I can tell you that I have some cash, some gold and investemts in 6 different Vanguard ETF's. I have no cryptocurrency, because I feel that these are still very volatile and extremely riskful investments. Be sensible, don't follow the hype.

Vacation
To close this article I want to share a little bit about my upcoming vacation. Both my girlfriend and managed to get 6 weeks off from work (which is exceptional), so we can go to Thailand. I hired a car and we're going to drive from Bangkok all the way down to Hat Yai in the south. Doing lots of nice things on the way. We are really looking forward to this trip. I am a little worried about the crowds at Amsterdam Airport lately, but once we are in the airplane I can let go and enjoy the vacation. It's been 4 years and I can't wait to visit this beautiful country again.