A quest for freedom: How it began 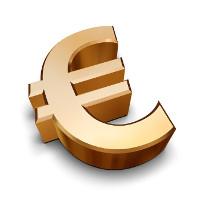 I always had a pretty normal and standard life. As a teenager I rode mopeds, I had friends and I went to school to create a more secure future for myself. After school I went to college to study Applied Mathematics, I moved out and indulged myself in the fun and exciting life of college. During high school I worked at a supermarket re-stocking the shelves. I didn't earn much, but it was enough to pay for clothing and drinks on the weekends. It also relieved some of my mother's monetary stress, since we didn't have a lot of money. Our furniture mainly consisted of old discarded giveaways. Earning my own money meant that I could take more care of my own bills. When I graduated and ended my college life I started to work full-time in IT. Not that I really wanted to, it just felt like the most logical next step and completely compliant to societies unwritten rules.

During my early work-years as an IT Engineer I always fantasized about quitting and starting my own little company. No big money, just enough to be happy and relaxed. Not having to drag myself to the office every day and deal with office people, office politics and, even worse, office rules sounded like an utopia. But I can't quit my job! I have all these bills to pay. Rent, electric bill, phone bill, Internet, food, clothes and let's not forget the gigantic student loan which needed to be paid back in full. I actually don't remember exactly how much it was, but I believe my total student loan was well over €16.000,-. I needed to work to pay back all that money and what about saving for a pension? Surely, I need to do that. No, there is no way I can quit my job now and start a venture of my own and be free, jolly and happy. I was a slave to modern society.

Then something interesting happened. The economic crisis in 2008 surprisingly paved the road to freedom for me. In 2010 my boss told me he could no longer keep me so I was laid off in December 2010. I had some job offers, but they were not interesting at all. Many hours, low pay, no extras .... no future. I decided that since I was out of a job and I had some money from an inheritance (and not to mention, no mortgage, no children, not married), now was the best time to start a business and 'try' doing it on my own. I had no experience in being an entrepreneur or a business owner and I had little or no network of contacts. So I had to start from scratch, but I just dived right in. I actually wanted to be a photographer (one of my main hobbies), but I did a lot of research in this field and found out that there was absolutely no (or very little) money to be made here. Basically, every idiot with enough money for a digital SLR camera could be a photographer. Therefore, prices were low and the market was flooded with part-time photographers. So I did the next best thing I was good at and enjoyed. Linux! I'm actually not really the best Linux engineer around, but I do a pretty decent job and I'm LPIC-1 and LPIC-2 certified! Also, Linux engineers are hard to find and demand is still on the rise. So, on March 2011 I started my very first business as a Linux Consultant. I had nothing but my experience when I started my business. It took just a few months of hard work, building a network of contacts and potential clients before I wheeled in my first big client.

I started my first freelance job as a Linux engineer in July 2011 after doing some small assignments for small businesses. This freelance job really started to fill up my bank account, fast! I was making at least 3 times more money than when I was on the payroll at my last employer (doing basically the same work). Even though hourly rates were still rather low due to the economic 'crisis', I still managed to earn about €7500,- (before income tax) each month. This was great! I was finally making some serious money! But, even though I had my own business and I wasn't working for a boss, there was still something missing. I wasn't feeling as happy as I had hoped and I as still working in an office environment. Only this time I had a lot more surplus of money each month.

In 2013 I started working as a freelance Linux engineer for a large, well-known Dutch telecommunications company. It was a fun and relatively stress free job and I was working in a great team of very professional and nice co-workers. Still, every day I would grind my mind thinking about life, happiness, freedom, money, needs and wants. How would, could or should all these things work together in harmony? One day in May 2014 I talked about this with a co-worker. He was also a freelancer, so I was pretty sure he was dealing with the same issues. I asked him how he used his monthly surplus of cash and for what goal. Until then he was in a dormant like state sitting at his desk behind his computer screen, but my question woke him up and passionately he started talking about his "plan". He wanted to be free to do whatever he wanted to do, without having to go to work every day to finance his life. And he had it all figured out.

THAT was the day when my quest for freedom first started. Hadn't I spoke to my co-worker about this I may never have chosen this path in life. I'm still grateful he gave me all his input. He talked about investing money wisely so it would actually grow, fast and relatively safe. He sent me some great links of blogs by Mr. Money Moustache and jlcollinsnh, the man with Fuck You money. His goal was to make 1 million Euro as quick as possible and retire early. Preferably within the next 10 years.

So I asked my co-worker "How exactly do you invest your surplus money?" and "Why?". When you have surplus money (income - expenses) it is wise to invest it and make it work for you, but I knew nothing about investing in stocks or bonds. It even sounded scary, mostly because I had no knowledge on how to invest wisely and in what. Since interest rates on savings accounts were (and still are) ridiculously low, putting all my money in one of those accounts wasn't going to do anything to help my money grow. My co-worker explained to me that once you know a few basic things about stocks and bonds, then that is already enough. Of course, it is wiser to get more knowledge on stocks and bonds before investing your hard earned money, but you need to know that investing on the stock market does not mean you need to have a university degree on the matter. Even you can do it. He told me he used the best and cheapest internet broker available to buy Vanguard ETF's. These are by far the best ETF's you can find. An ETF is an Exchange Trade Fund. Basically, when you buy an ETF you buy a small piece of thousands of different companies at once. It is also known as an Index Fund and it's the safer way of investing money in stocks or bonds. ETF's come in many different variations, all with different performances and costs.

Currently I'm still in the process of keeping track of my money, but I already have a very clear view of what money comes in and what goes out. I try to combine comfort of living with frugality to accumulate as much money as I can. I invest most of it in Vanguard ETF's to make my money grow and eventually have it work for me. After one year I still felt a bit like a newbie in the whole FI (=financial independence) game, but Rome wasn't build in a day either. Steadily my "nest egg" is growing. All I need to do is stick to the plan and retire early. By the way: retiring early doesn't mean 'stop working', or 'stop living'. It means being free to do whatever the F*&K you want and not having to worry about money, because there's enough and it is really not that important. It means not having to go to work every day. It means (quote by my co-worker) leaving the cooperate rat race and truly be free.

This is how it all started for me.