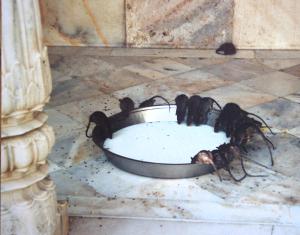 Living in downtown Utrecht has a lot of advantages. I'm close to bars, restaurants, all the big shops and public transport. I live in a reasonably quiet street, but it's still busy enough for you to feel the vibe of a city. Driving a car in downtown Utrecht is frustrating at best and only advised when you really know the city very well. With all the construction works going on lately roads can suddenly be closed, so you need inside information on any alternative routes.

Satellite navigation will not help you in any way!

A little while ago I heard some soft rumbling at night. First I thought it was one off the neighbours messing about. It wasn't loud or annoying, so I didn't care. I heard it a couple off times and then I also heard my roller blinds 'shake'. It must have been the wind, because my window was open.

Later, I heard more rumbling, but this time it seemed to come from within my house. I immediately stood up a turned on the light. In my mind I already knew what the problem was, but I didn't want to acknowledge it just yet. I turned the light towards the area where I heard the rumbling and there it was ..... a filthy rat had come into my house!

This uninvited guest apparently came through my open window for which he had to scale a two and half meter high wall. My roller blinds shook when he dropped onto my windowsill. From there he walked about in my house and left some droppings here and there. By the time I noticed him he was sitting on the dresser.

So, I had to get up and get rid of him. It was 2.30 am and I was chasing a rat. I opened up the backdoor hoping to either catch the rat or chase him out the door. After a few minutes our beloved neighbour cat came in. She did nothing! She just walked out again. I starting to think this cat is a bit out of order.

With my trusty broom at hand I started moving furniture to chase the rat out of hiding. First he was under the closet. When I moved it he then ran under another closet. I had to empty the bottom shelves so I could lift them one by one. And there he was and he ran away again. Now he was under the couch. From there I chased him to the dresser. I placed some items strategically in the house to force the rat to take a certain route. TOWARDS THE BACKDOOR, PLEASE.

After running around in circles all over the house several times I finally managed to get him to leave through the backdoor. By that time it was already way past 3.30 am. After I was sure he was gone I decided to go to bed and get some sleep.

The next morning it was cleanup time. The place was a mess. All the furniture was displaced, some closet were emptied and there were a few rat droppings on the floor. Thankfully the rat didn't touch any food items in the house nor did it chew on electrical cables. So, the damage was negligible. After vacuuming and mopping the floor (even behind and under all the furniture) I had a clean and rat-free house again.

There are numerous restaurants in the area and I think the rat came from one of them. Probably the one right behind my house. This was the first time I had a rat in my house, hopefully it is also the last time.

Well, I suppose this is one…

Well, I suppose this is one of the advantages of having a small house: hoovering the whole house isn't that much work. That reminds me of when we went away for a weekend and accidentally let a bird in when leaving the house. When we came back there was bird poo everywhere and the only way I could get him (or her) out was to open the back door, go outside myself and jump up and down screeming like a lunatic in front of our big window to scare the bird out the door. Then the cleaning up had to start which took hours.