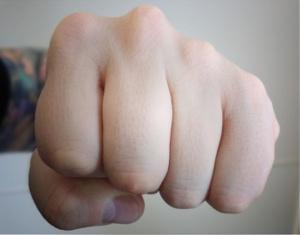 I really wanted to write an article about my 'side hustles' and tell you all about what it is I'm doing for fun that also generates some extra income with the minimal amount of effort. Sadly however, I haven't yet been able to start any side hustles simply because I didn't have the time or the energy to actually do it. This is the everyday reality I'm facing while having to go to the office full time. Work is time consuming and energy draining. It can be called a small miracle that I'm still able to push myself to work out and eat (somewhat) healthy every day. But that's OK, I have some cool ideas and I will start something fun someday (soon I hope). All in good times. Becoming a self-employed engineer is one of the best things I've done in my life so far. Some people say I should have started sooner, since I love it so much. The fact that I didn't start sooner was probably because I wasn't (mentally) ready for it. Maybe this is also the case in relation to starting side hustles. So again, all in good times. When I'm ready, things will start to happen.

But what to write about this time? As a somewhat socially awkward IT engineer I'm hardly the best or most interesting writer out there and I do want to add at least 1 or 2 articles a month. Hopefully filling my blog quickly with fascinating articles anyone enjoys. And then it got to me. I noticed something lately. Something that didn't happen overnight, it slowly creeped up on me and now it is here. Like an uninvited guest at your party. You didn't see him come in, but suddenly you notice he's there.

I'm talking about respect. When I was a young boy growing up I somehow got the idea that having nice clothes, a big house, a fancy car and more than one ex-wife gave you some sort of 'status' or respect from the people around you. You have accomplished things and after a lot of hard work you've got something (fancy stuff) to show for. People look up to you when you're wealthy, a big spender and own expensive stuff.

A word of notice is absolutely necessary here. This is NOT how my mother raised me, but somehow this idea got into my head. Probably due to what I call 'community contamination'. I'm not sure if there's an English saying that resembles the same thing, but in The Netherlands we often say 'waar je mee omgaat, word je mee besmet'. Basically what this means is that you are always greatly influenced (or contaminated) by the people in your immediate surroundings and that this affects your core values and the overall person you are or will become. If your friends are all shallow and oblivious, than you probably have no clue either. And if all your friends are peace loving hippies, chances are you're more familiar with using a bong rather than a razor blade, but enough prejudice for now.

Thankfully, we got older I realized that having visual wealth is not the key to getting respect from others. When I first really got into the 'financial independence'-game, not many people took me seriously. Simply because it didn't fit into their way of thinking. Paying off your student debt? Living frugal? Investing most of your money in stocks??? No, I didn't get a lot of understanding or respect from people. Some thought I lost my mind and I was doomed to fail.

But now, I've been working on becoming financially independent for the last 5 years and people have gotten used to me being like this. After all my perserverance I've actually got something to show for. According to my plans I'm about halfway (probably just past the halfway point) to my goal and I'm still on track. When people ask me how much money I have saved so far and how I invest it they're actually interested and fascinated. I'm no longer crazy and I'm getting closer to my ultimate goal. So close that I can almost touch it. The people around me are also starting to notice that my crazy idea of becoming financially independent isn't all that crazy after all and may actually work. They are starting to realize that someday (soon) I no longer need to work, but I can do whatever I like, while the rest of them still need to get up early everyday to go to the office and deal with the boss, co-workers and the same shit (pardon my French) every day. Over and over again until, hopefully one day they too can retire. It feels like I'm taking back control of my own life.

Maybe this lifestyle has just made me a better, nicer and more interesting person, but I feel that nowadays people tend to also show me a lot more respect for pursuing 'financial independence' as they did before. I can't explain it or give you an example for why I feel this way, but it makes me feel great nonetheless. Thanks everybody!