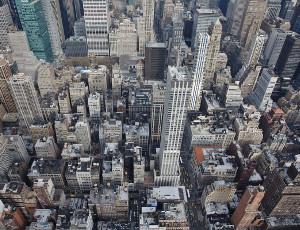 Before I start writing this article I need you to understand that this article is all based on my current personal opinion. It is not my intention to offend, hurt or blame anyone. It is just my opinion, how I see things. Please don't be offended and if you feel the need to respond and ventilate your own views, then please leave a decent comment. So, what's this hot topic I want to write about? It's about us, human beings, destroying the planet. We are rapidly destroying earth, our only home, and there's nothing we can do about it, dun dun dunnn!

A little while back I was walking home from the optician when I got addressed by a young woman. She must have been in her early 20s and she was volunteering for "milieudefensie". A Dutch non-profit organization that wants to tackle world wide environmental issues. As it appears, the global production of palmoil was rapidly destroying the rainforests in Asia and we need trees to breathe. My bank happens to be one of many that invests in these practises and "milieudefensie" wants to put a stop to it. All I had to do is give my personal details, donate some money and sign the petition. I couldn't just sign the petition, I had to give my details and donate as well. I politely declined her offer and we had a short and friendly discussion on global issues after that.

A few months before I also had a conversation with a good friend of mine. He told me that a friend of his is not going on vacation by plane this year, because air travel is very bad for the environment. Yes it is, but is her solo action going to make much of a difference? People all over the world are working hard to think up new ways for all of us to save the earths resources and be less wasteful. Many good projects, but will it be enough? Can we really save the planet if we ALL become environmentally friendly?

You can't really see it or smell it, but the air quality in my hometown of Utrecht is really bad. A lot of rigorous actions have already been taken, but the air quality shows very little signs of improvement. And it is very noticeable. Every time I get home from a vacation my allergies kick in when I'm in the train back home from Schiphol airport. It's one of many reasons I want to move to another country.

If you take 10 minutes of your time to write down as many environmentally unfriendly issues you can think of, I can guarantee you that most (if not all) of them have one single common denominator. And that's us! Cars are only polluting, because we drive them. It's the same with airplanes. We are destroying vast parts of the rainforest, because we demand cheap hamburgers at McDonalds, Burger King or whatever. Some people feel that they're doing their part to save the planet by buying an electric car. Sure it has no emission (here), but what will happen to the old car they discarded? And what about all the lithium needed for the batteries of this new electric car? Have you ever wandered who and how lithium is mined? It's not pretty. It's us humans who are depleting the worlds resources.

When I was born in 1977 there were roughly 4.2 Billion people roaming the planet. That's an insane amount of people. Today, however, we already have more than 7.7 Billion people on this planet and our numbers are growing faster and faster. The larger the population the faster it will grow. It's the same with investing money in ETF's :) . The UN forecasts the earth's population will rise to 11 billion by 2100. I will most likely not be around to witness this, but is sounds plausible and scary.

Everyday many new humans are born. Each one of them will have needs. A need for food, drink, clothing, shelter, transportation and much more. When they get older, they will want things like laptops, smartphones and cars. They are and will be consumers, just like the rest of us.

It's a good and positive thing to think about clever ways to save the earth, like solar power or durability, but is it going to save us? I personally think that there are just way too many humans on this planet. No matter how sustainable we are living, our demand of the earth's resources is bigger than nature has time to recuperate. Simply, because there are too many of us here. We are using up the world we live in.

I strongly feel that population control is key to saving the planet from total destruction. Just recently US democratic presidential candidate for 2020, Bernie Sanders, said something similar at a CNN climate event and he got criticised for it. For me population control sounds logical, but apparently many people still feel strong objections to this idea. I don't understand why.

Personally, I never felt the urge to reproduce, so I never did and for the sake of the planet it's probably better too.

If you look at the facts I think there is no way around it: there are too many humans, or at least there will be if we keep going like this. Well, of course, if we all would start living more simple again, travelling no further than our legs and bikes would carry us, we would be able to postpone the fate of the earth for a while. But postponing doesn't fix the problem and it isn't a very realistic proposal in the first place. As you indicated in one of your previous posts: you want to live a little too. Some things aren't good for the environment, but, you value the joys of motor riding and going on holiday (to visit friends ;)) too much. The urge to reproduce is strong in many of us humans. Many even deem life itself meaningless without being able to raise children. So then the big question: how are we going to control the population? Who is going to decide who can reproduce and who can't (the likes of Matti Juhani Saari, who hated the human race and started shooting people at random)? What I can't understand is that there are children out there who have no one to take care of them and couples who can't have children and try things like IVF because the adoption process is so lengthy and complicated and even restricted. Well, I actually do understand. It is a costly and time consuming process. The world rulers obviously prefer the easier option of population control, which is making abortion easily accessible.
Growing world population a problem? Yes, I think, but I can't see an easy solution to the problem.

In reply to Population Control by Nienke Carmody (not verified)

Population control is indeed very complex. Mostly because you're dealing with so many different countries with different cultures and even religions. I don't have an answer either. If I did I would be a wealthy man :). China tried it once with their one baby per couple policy, but it didn't work. Maybe the problem will fix itself. I remember working with population matrices back when I was in college. When a population grew to large it shrunk by itself, but that was with animals and they died because there was not enough food for all of them. Humans are too smart to let that happen, right? Maybe, mankind (and womankind) will get struck by some horrible disease like the plague and our numbers will be cut in half.

Our numbers are growing and because we live on an giant sphere, we will eventually run out of space to live. However, it will take a veeeery long time for that to happen, so many people aren't yet to worried about it. It might take a couple of lifetimes.

For me, you are right. I'm no saint either. I'm just a dirty consumer like the rest. However, I am (still) childless. I like riding my motorcycle and flying to far away destinations (like Ireland ;) ), but I do like to think that I'm far less wasteful and pollutive than most people around me. However, I don't know if that's true. I might be fooling myself.

By the way, some people choose IVF or even a surrogate mother, because they want to have a baby that's genetically theirs. Apparently, that's more important than saving an unwanted child from a miserable life.