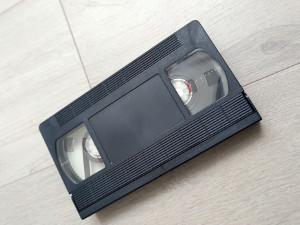 Like many other people I also really like Youtube. Almost every day I spend at least some time watching all kinds of video's. Music video's, food- and travel vlogs, DIY instructions, places I want (or going) to visit, and reviews on products I'd like to buy. And even though there seems to be a lot of advertising going on lately I still like it. I really don't like the interrupting commercials before or even during the video's, but since Youtube is a 'free' service, I just deal with it. I even subscribed to a few channels, because I found myself going back there on a regular basis. I also unsubscribed myself from some channels, because they weren't really updating much.

Maybe one of my favourites is this is a food vlog about an American who has lived in several countries in the world and now lives in Bangkok, Thailand. His channel is quite popular and that enables him to travel the world while vlogging. I found his vlog when I was searching Youtube for authentic Thai food. Apart from vlogging he also writes books and sells merchandise through his website. I'm very keen on getting one of his t-shirts, but I think they're a bit pricey.

Because I was born in 1977 I heard a lot of music from Tina Turner in the 80's. Most of which was OK, but not very interesting. Then again, I didn't really like the music in the 80's anyway. But, while searching Youtube I rediscovered Tina Turner. It turns out that her music from the 70's together with Ike Turner really rocks! She's a great singer and a performer and I think it's safe to say that Tina Turner was the Beyonce of the 70's. And I really like her background singers :).

Check out these 3 clips from Tina Turner I really like and then search for more clips yourself.

This vlog is about a young Dutch woman who travels the world on her motorcycle. She rides on her Royal Enfield motorcycle through many interesting countries and meets a lot of new people. One of the things I really liked is that I found out she is also from my hometown of Utrecht. I enjoyed her video's of Thailand and Malaysia, because it was very recognizable and I like those countries very much. Her current adventure is a road trip from Patagonia to Alaska. Her video's are in English and fun to watch. Check it out here!

While searching Youtube for information on Thailand and it's immigration policy and also on what it's like to live there a came across the channel notime2besad. I like his intro on youtube which says: "Quit the American dream of buying crap we don't need, to impress people we don't like, with money we don't have. Simple just living life.". That's a great attitude to which I can relate to. The vlog is about an American from Texas who met a Thai woman in the US and ended up marrying her en moving to Thailand. The video's are sometimes a bit long, but they're still fun and even inspirational. Some video's have also given me a lot of useful information. Watch his channel here.

A while back my father sent me some links to video's from Harald Badr, because he knew I was very interested in travelling to Asia. At first I wasn't very interested in Harald's video's, because the first clips I saw showed him going to bars and clubs in Bangkok. That's not really my style or interest, but after looking at more clips it turned out he also made some very nice travel video's. I like the fact that he speaks Thai quite well. Check out the surprise of these Thai tourist coming out of the hotel elevator in Vietnam when he starts talking Thai to them (9:07). I saw a lot of his Asian video's, but he has also visited many other countries like Peru, Italy and India. Watch it here.

Before finish this article I really would like to share these two clips of Japanese music. They're a bit 'over the top', but very cool. I wonder what you think of it.

I watch a lot more than just the above, but I just wanted to share a small collection of my interests with you. If you know any cool or fun video's yourself, please send me the links by leaving a comment on this post below. I would love to watch them.